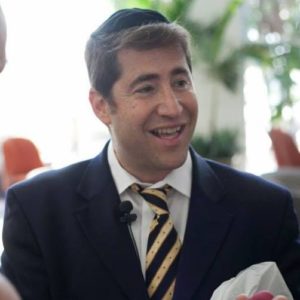 Rabbi Benzion Klatzko is an ordained rabbi, a music producer, a published author, and a radio talk show host. Dubbed the “Hollywood Rabbi,” for years Rabbi Klatzko delivered a popular monthly class in Jewish thought to many of Hollywood’s biggest stars. Rabbi Klatzko is one of the national directors for Jewish life on campus in North America and was named “One of America’s Most Inspiring Rabbis” by the Jewish Forward Magazine in 2014.

Just One Shabbos: How Shabbat Can Transform Our Lives Even During These Challenging Times

Riding The Waves of the High Holidays

How Torah Is a Nuclear Bomb - Aish Lit

Archived: Corona Scare and the Jewish belief of Life After Life