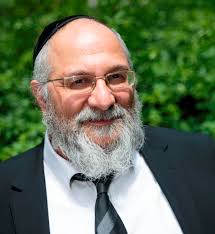 Dayan Cohen, originally from London, is a graduate of The Institute of Monetary Law, Yeshivat Hanegev, and City of London Polytechnic. He also received semicha to practice as a Dayan in England. Rabbi Cohen spent many years learning in Yeshivat Hanegev in Netivot, followed by close to a decade studying dayanut under Dayan Ezra Basri. Dayan Cohen has been a dayan at the Beit Din Ahavat Shalom of Rav Yaakov Hillel since 2005. He’s a sought-after lecturer of monetary halacha and a Choshen Mishpat, and is the author of Pure Money: A Straightforward Guide to Jewish Monetary Law. Dayan Cohen’s clear style, combined with years of experience settling financial disputes, makes for a comprehensive course on the particulars of proper business conduct.